Civil War Eagle Snare Drum of the 78th New York Infantry, 1st Regiment Eagle Brigade, Cameron Highlanders. The regiment left for the "seat of war" in April 1862, and was engaged at Antietam, Chancellorsville and Gettysburg and, later, through heavy fighting in Georgia, being consolidated with the 112th New York in July 1864. The drum is 10" high with a 17" diameter, doubtless being slightly shortened during the period of use, which is not uncommon with the diminutive size of many drummers. Both heads intact, retaining most of the original rope, now broken, and one of the original tighteners, only remnants of the label remain. Brass tack decoration around the air hole, classic painted eagle decoration with the number 78 deeply carved preceding Reg. Original red painted hoops. The drum is in as found/ untouched condition, having surfaced a number of years ago with other artifacts related to this and other New York state regiments. The drum retains about 80% of the original paint decoration, with no imminent signs of further deterioration. Hoops retain 95% of the original red paint with demonstrable wear from the ropes. The drum is accompanied by the original fine condition sticks, with artificially grained decoration, the first example we've seen and the original cloth storage bag, black cotton with gray silk lining, a few holes, but very good and sound.  Sold for $4,310.37. 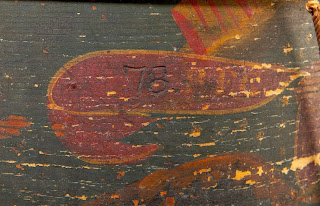 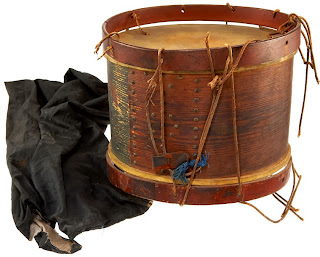 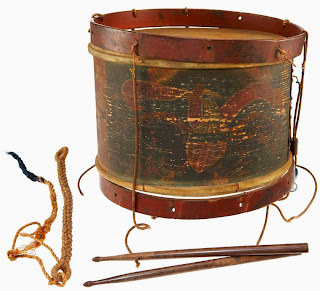 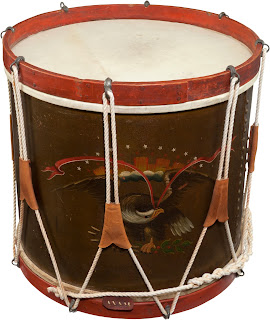 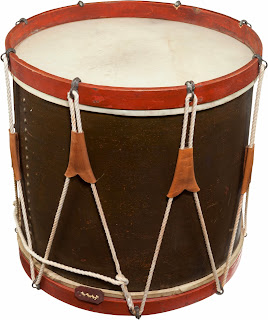 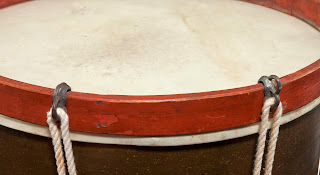 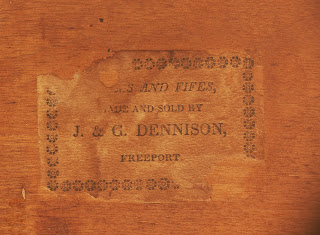 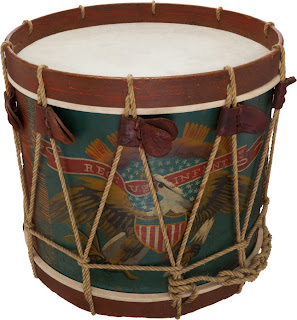 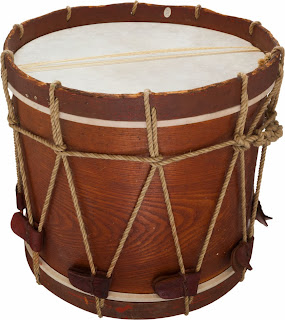 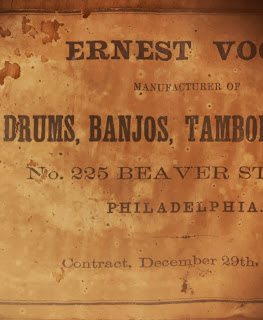 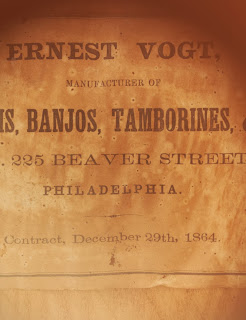