The Mother And The Three Camps - An Analysis by Fred N. Johnson

Fred N. Johnson recently updated his continuing analysis of The Camp Duty.  His analysis, titled "The Mother And The Three Camps", can be downloaded in PDF.


Fred's manuscript, "The Mother And The Three Camps", can be downloaded in PDF.  Here's the introduction:

"The Mother and The Three Camps\2\ is one of the oldest military drum beatings. It is still played today by drummers worldwide. “Mother” refers to “The Mother Roll”, which is the 5 stroke roll. British troops called this drum beating “Run, boys, run”.\3\
The objectives of this piece of writing are to:

The Drums of War

To be a drummer boy in the Civil War was one of the most dangerous positions in the regiment. Because it was his job to signal the troops to assemble, advance, or retreat, he was often targeted by the enemy. Every military commander understood: Kill the drummer and silence the drum and you will throw the opposing regiment into confusion and chaos.
Director of Percussion Studies Dan Adams owns six authentic Civil War drums, half ceremonial, half showing the scars of battle. “Each has its distinct voice,” says Adams, “and produces a sound you cannot get from anything else.” Years after acquiring them, he still gets spine-tingling chills whenever they are played, especially together. “I don’t know a lot of other universities that use their historic drums in concert.”
He knows that many collectors of the rare and expensive Civil War drums preserve them by leaving them to sit unseen on a shelf. He takes a different approach. “These things need to talk, to be heard. No two sound exactly alike.” Like old sailing ships, the drums are constructed of whatever wood was available in the area at the time, mostly the maple and ash of the eastern hardwood forests. 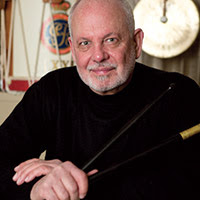 Dan Adams
The SPU Rope Drum Corps leads the processional of faculty and graduates at Ivy Cutting, plays for area Memorial Day commemorations, regales audiences at the Northwest Percussion Festival, and performs at two campus concerts in winter and spring. The March 5 percussion concert at 7:30 p.m. in E.E. Bach Theatre was free, open to the public, and featured the historic drums.
It is the more advanced percussion students who are allowed the privilege of playing the Civil War drums, but still they receive a complete tutorial in how to keep the instruments tuned, their historical significance, and how to properly play and care for them. Adams, whose resonant voice bears a timbre not unlike the drums, smiles. “These drums instilled a sense of valor and patriotism in the soldiers of the Civil War. We treat the instruments with a lot of respect.”
Adams’ interest in the drums blossomed in his student days when he visited Civil War battlefields, bought a “pretty beat up” battle drum to restore, and “got the bug.” He has grown experienced in spotting fakes (“watch for makers labels on the inside of the drums”) and always keeps his eyes peeled for additions to his collection. And he thinks back to those little drummer boys, most too young to fight, who risked their lives to guide the troops. 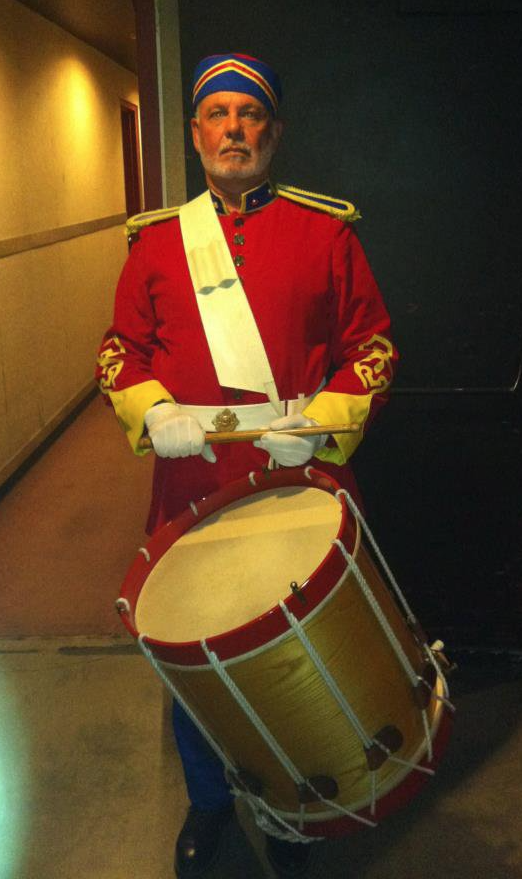 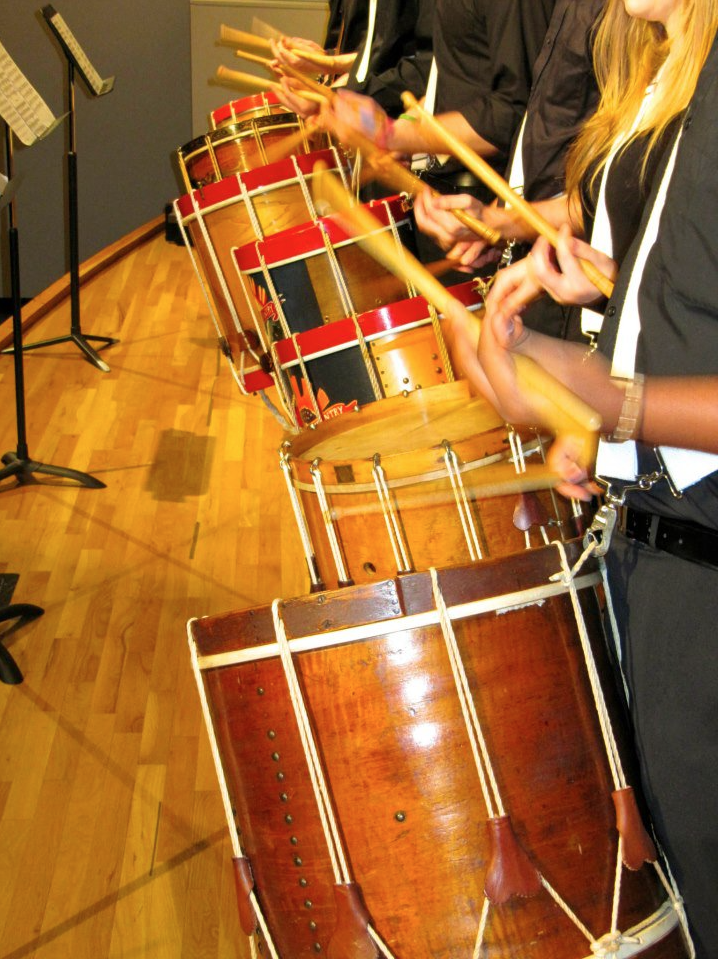 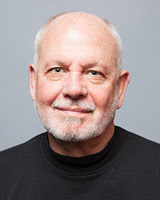 Education: MM, University of Washington
Dan Adams, the director of Percussion Ensemble, has been director of percussion studies at Seattle Pacific since 1988. Mr. Adams earned a Bachelor of Music Education degree from the University of Idaho and a Master of Music degree from the University of Washington. His principal teachers have been Howard Robbins, Joe Morello, Peter Erskine, Babatunde Olatunji, Adebisi Adeleke, Tom Collier, and Jim Chapin.
Mr. Adams has more than 40 years' experience as a private percussion instructor. He has served as the district music supervisor for the Rainier School District and, since 1978, he has been a special percussion consultant to the Olympia School District.
Mr. Adams has performed with the Ashi Opera of Japan, Pacific Northwest Ballet, Allegro Dance Series, Pacific Northwest Chamber Chorus, Orchestra Seattle, Olympic Brass Ensemble, Seattle Pro Musica, Choir of the Sound, and the Seattle Gilbert and Sullivan Society. His musical theater credits include the Civic Light Opera, Tacoma Actors Guild, Chinook Dinner Theater, Washington Center for the Performing Arts, the Village Theatre, the Renton Civic Theater, and the Bagley Wright Theater. He has shared the stage with artists such as Johnny Cash, Ricky Skaggs, Pam Tillis, Delbert McClinton, Albert Collins, Hal Ketchum, Chaka Khan, and Etta James. His recording credits include Messenger, the Soni Ventorum, the Diamonds, Ventures guitarist Nokie Edwards, Primo Kim, the Mazeltones, Gene Nygaard, Lucky Garcia, Greg Adams of Tower of Power, Forrest Lee Jr., contemporary artist VEO, and Orchestra Seattle.

Visit his website at http://www.danadamspercussion.com.
at September 28, 2014 No comments: