A History of Rudimental Drumming in America 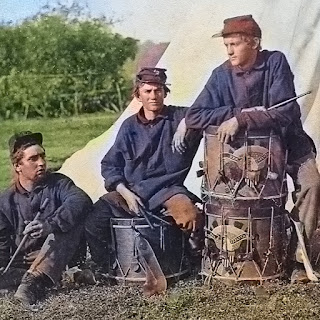 Rudimental drumming gained significance in America during the period of the Revolution. Ever since the late eighteenth century and through the nineteenth century, it was used exclusively in the military. This study traces the migration of drum rudiments and their use in military settings from Great Britain to America.

The contributions of the Swiss drummers and the incorporation of their drum music into American rudimental drumming are also examined.

The second chapter, which constitutes the body of the work, begins with an investigation of military drumming in America beginning in the Revolutionary War era and contin­uing through the nineteenth century. This chapter also includes calls, signals, and various rudiments used by the American military drummer as well as an analysis and inter­ pretation of the changes that took place in performance practices and notation.

The third chapter deals with rudimental drumming in the twentieth century beginning with the bands of John Philip Sousa, comparing techniques and principles of the past to modern marching percussion sections. Changes in rudiments during this century through the efforts of the National Association of Rudimental Drummers and the Percussive Arts Society are also examined.

The study concludes that many of the same rudiments and patterns used in Europe from the fifteenth century, and in America from the late eighteenth-century, are still used today and have remained unchanged. It has also been con­cluded that, in comparison to other countries, a large number of drum manuals have been published in America prior to the twentieth century.

A further conclusion acknowledges multiple applications of drum rudiments to other percussion instruments. Often, the work of any such project is measured in part by its usefulness and contribution.

This study will serve as a reference for the rudimental drummer as well as for the historian and could be used by scholars and instructors at all levels.