In Memory of a Young Civil War Drummer

This white zinc statue of a Union army drummer boy memorializes Clarence Mackenzie (1848- 1861), the first Brooklynite to die in during the Civil War. Mackenzie was the 12-year-old drummer for Brooklyn's Thirteenth Regiment. He was killed in a "friendly fire" incident in 1861, while stationed in Annapolis, Maryland. Mackenzie is located within the Soldiers' Lot area, a section donated by Green-Wood for Civil War soldiers and veterans.
Green-Wood Cemetery National Register #97000228

Back of Monument:
This young life was the first offering from King’s County in the War of the Rebellion

Clarence D. McKenzie
Drummer Boy
Children in the Civil War era wanted very much to be part of the excitement of the war. They could assist their mothers in preparing bandages; they could write letters to their friends and family members fighting in the war; boys could join the army as drummer boys or as fifers. This is what Brooklyn born Clarence McKenzie did at the age of 12. He joined the Thirteenth Regiment, New York State Militia as a drummer boy. Soon after arriving in Annapolis, in June 1861, he lost his life when a musket accidentally discharged. A statue in his honor stands in Green-Wood Cemetery in Brooklyn.

Clarence D. McKenzie Monument
Green-Wood Cemetery
Clarence D. McKenzie, drummer boy for Brooklyn's 13th Regiment, was killed early in the Civil War. He was only 12 years old. His funeral was held on July 14, 1861, and 3,000 people attended. This monument stands above his grave in Green-Wood Cemetery, Brooklyn. To view the inscription on the monument, see Document 28. For more information about Clarence, see Document 26.

Clarence D. McKenzie, a drummer boy for Brooklyn’s 13th Regiment was killed at Annapolis, Md., when he was only 12. His funeral, held on July 14, 1861, was attended by 3,000 people. A statute of the boy and his drum was erected to commemorate his sacrifice and is still one of the most visited graves in Brooklyn’s Greenwood cemetery today.

The actual number of boy soldiers in the Civil War is uncertain. Although there have been exaggerations, careful historical analysis suggests that between 250,000 and 420,000 boy soldiers, including many in their early teens to even younger, served in the Union and Confederate armies. On the whole, between 10 and 20 percent of recruits were under 18. Applying modern humanitarian terminology, the war to end slavery was in large part fought by child soldiers in numbers ever greater than those found in contemporary wars.

Also see Brooklyn School Decides To March to The Beat of a Different Drum by Mary Frost (mfrost@brooklyneagle.net), published online 03-13-2008.

And see "The Little Drummer Boy" by B.R. Maryniak 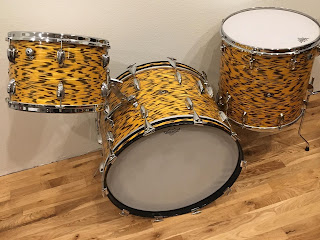